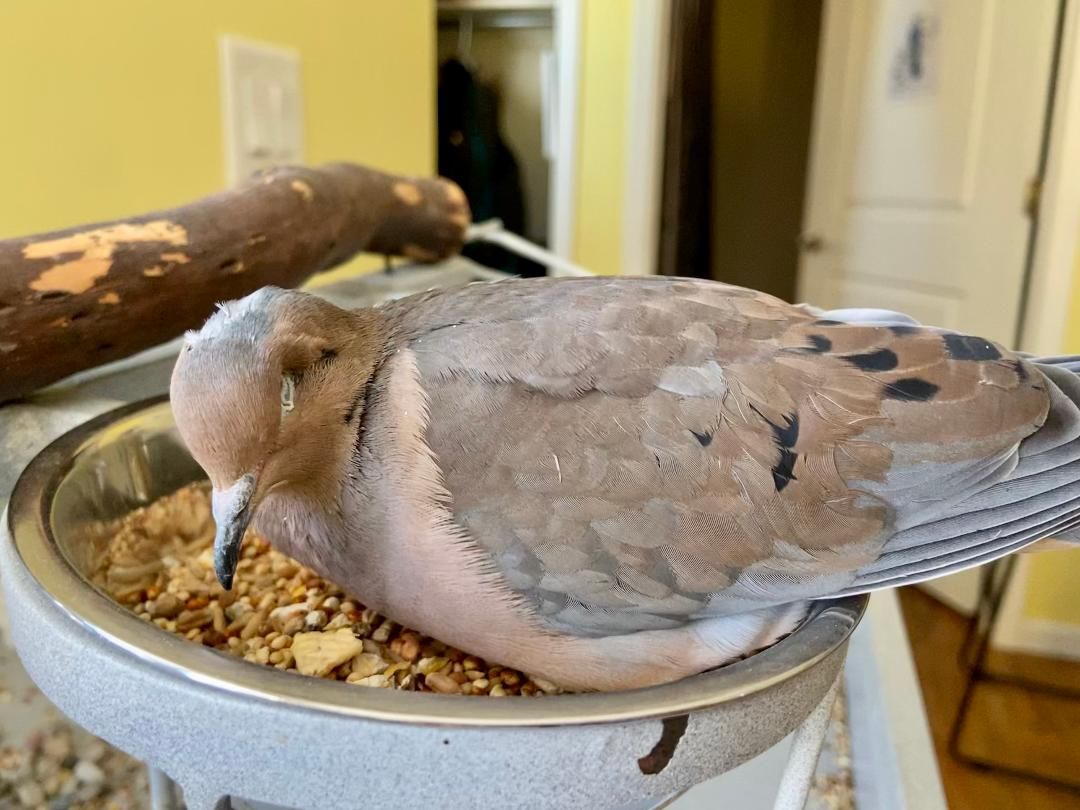 One-Eye, our educational Mourning Dove, was recently found unexpectedly passed away in his Songbird Suite enclosure after spending the day active and cooing as usual. One-Eye originally came to the Bird Center as a nestling dove with a severe head injury due to being animal-caught. As he grew older, he recovered from his injuries but was blind in his left eye and had a malformed skull. Due to the physical trauma he experienced when he was young, we assume this may have impacted his lifespan.

We are deeply saddened by this loss, as we all cared for One-Eye and found he made a great educational ambassador. He was just over three years old and we all grew attached to his spunky personality and his beautiful coos. At the Center, he taught young doves how to eat off the ground and how to coo. He also kept staff company during the winter and would even land on our keyboards when we were away and add his own “words” to our daily rehab note. In addition, he spent the past few months helping us educate the public on the importance of songbirds and keeping an eye on your pets during baby season to ensure there aren’t more birds brought in like One-Eye.

He was buried in the front yard by our eastern redbud tree with plenty of his favorite snack – safflower seed. Though his life was short, his impact on those that knew him will last a long time. 💙