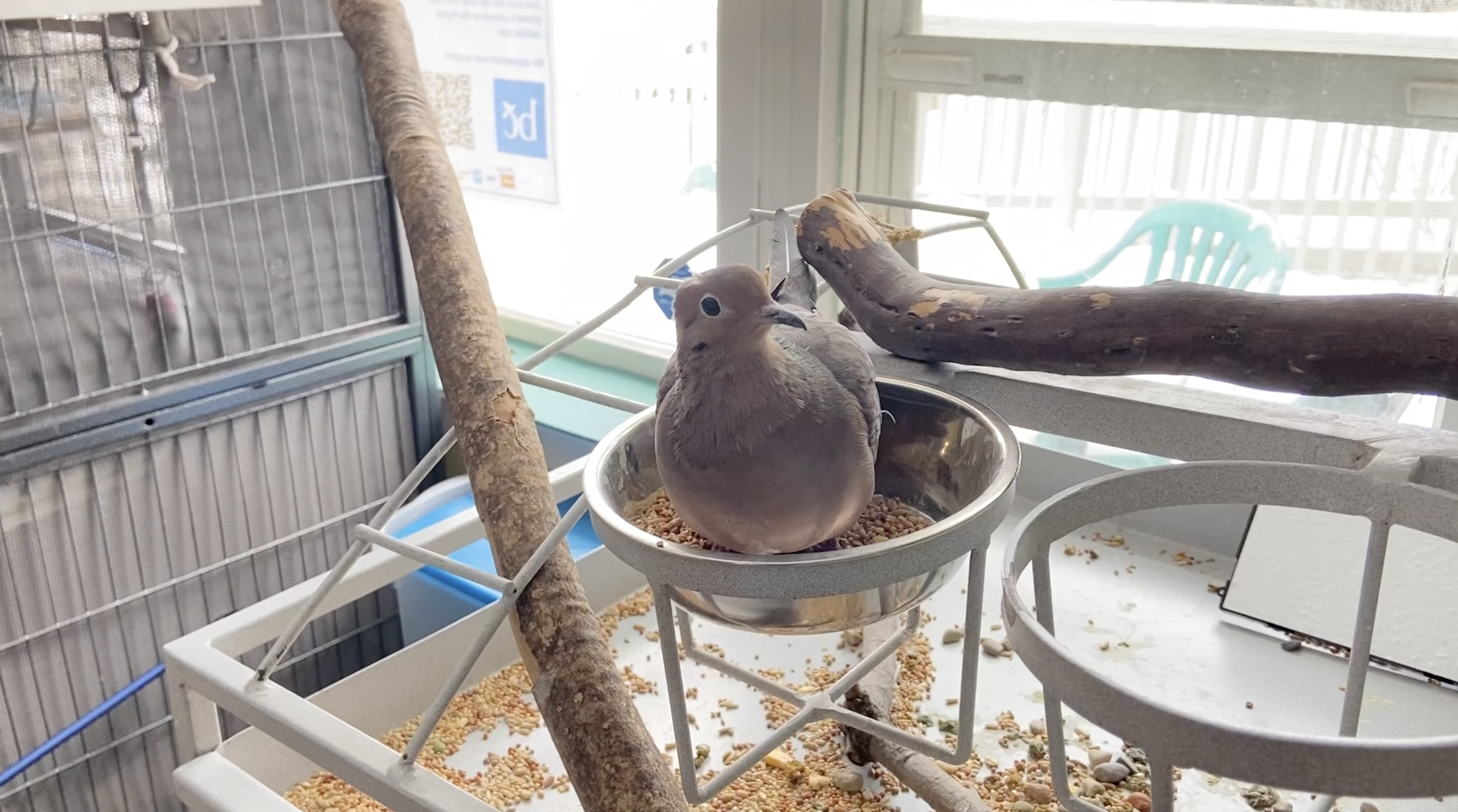 Bird #122, now known as One-Eye, came in as a nestling in the late summer of 2019 after being attacked by a dog. He had sustained a severe head injury, with the top of his head being scalped and dented.

The Mourning Dove was treated with pain medicine and antibiotics, then placed into an incubator. To the staff’s surprise, he made an incredible recovery, apart from an injured left eye due to his head injury. Due to the progress the bird had made, the staff conducted physical therapy and flight practice during the winter of 2019.

By May of 2020, the dove was flying perfectly, even with a missing eye! He was successfully released after 8 months of treatment. Eleven months later, in April of 2021, the Bird Center received a call about a dove that had a collision. The bird was described as having a flat head and missing an eye. The staff at the Bird Center knew that bird! ?

Sure enough, when the dove came in, it was the one-eyed bird we had rehabbed! After considering his eye injury and how that could relate to his collision, the Bird Center decided not to release the bird again in fear of him further injuring himself.

He now thrives in captivity and is an educational ambassador at the Bird Center. You will be able to see One-Eye at our educational programs and events along with our other ambassador, Blue the Blue Jay! ?